What Is Roof Top Wandering?

Roof top wandering is commonly called overlanding. Put simply, overlanding is when you outfit a vehicle for long-distance, self-reliant travel over remote terrain in search of an experience. Sounds pretty cool, hu?

It has been popular throughout the world for decades and originally began in Australia. Like most things, it was originally done out of necessity but in more recent years has been become a favorite recreational activity. Especially in the USA.

I fell in love with overlanding during my childhood in Africa. There’s not much better than hoping in an old Toyota Landcruiser and heading out to watch the Great Migration through the Maasai Mara!

Is overland camping the same as off-roading?

One of the most common questions I get is, is overlanding the same as off-roading?
There certainly are some similarities but really the answer is ‘no’. There is one major difference. Overlanders are more interested in the experience of exploration and discovery as opposed to simply driving over big rocks or through deep rivers.

The real rewards of overlanding are the connections that are made within your group of friends as you explore nature, history, culture and the undiscovered beauty that only a Roof Top Wanderer can experience. Roof Top Wandering is about connecting with others and nature through the wonderful innovations of our time. 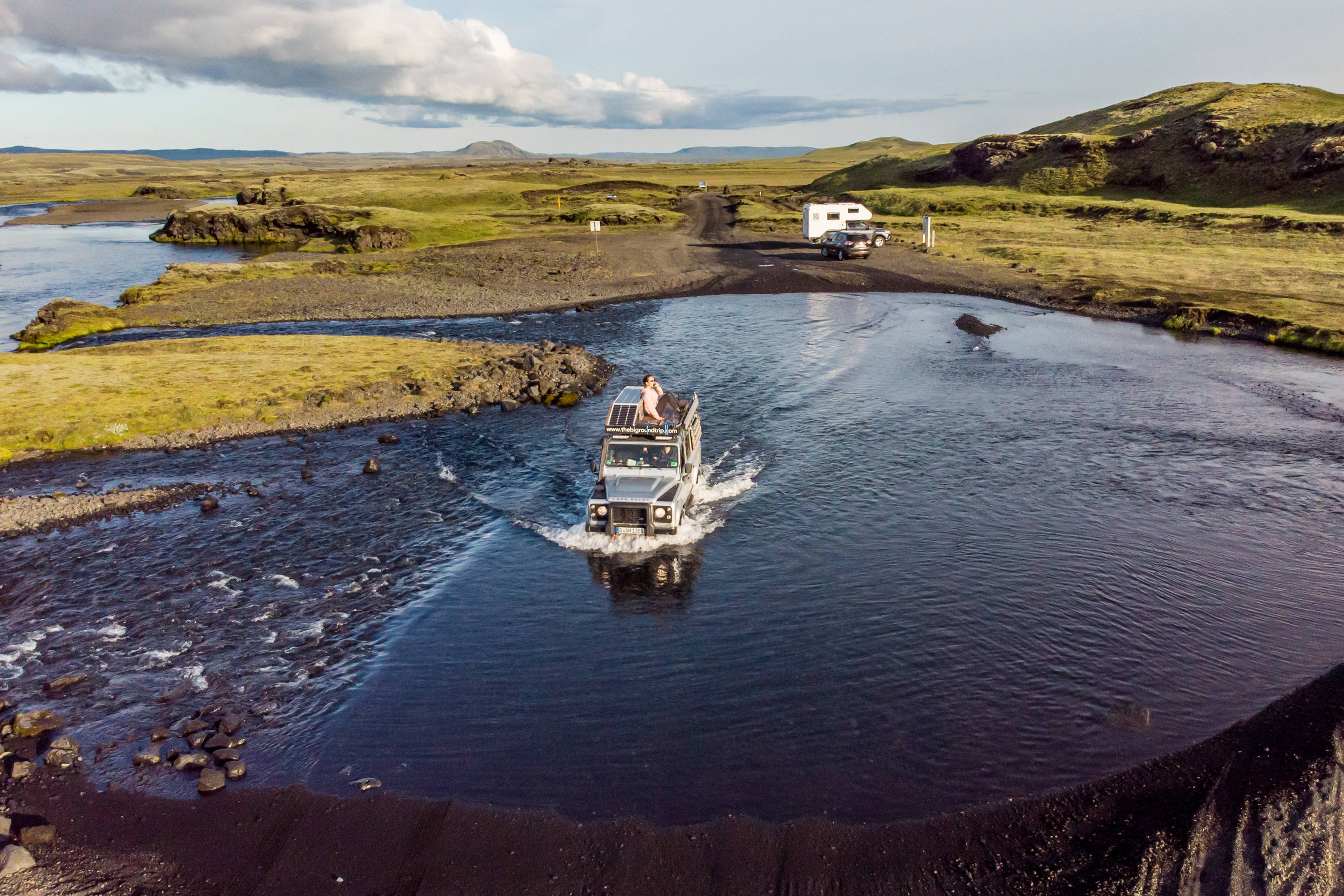 What kind of vehicle do I need to become a Roof Top Wanderer?

That’s what’s so great about being a Roof Top Wanderer, you don’t need a big, tricked out, rig! Sure, the Jeep Gladiator can get us places our little Mazda3 can’t, but we’ve had many Wandering adventures in Dora (that’s what we call our Mazda3).

The vehicle you have is the one you should use! Plain and simple. 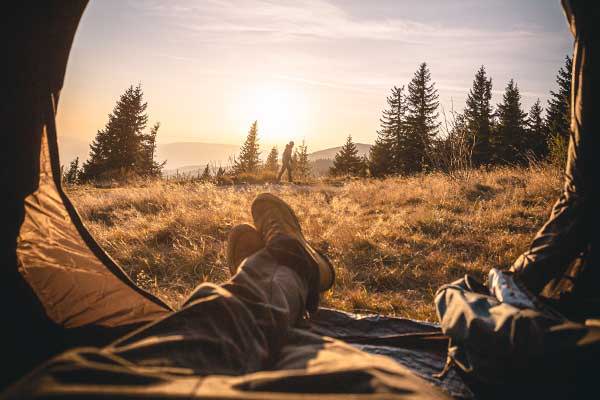 You might not be interested in spending weeks at a time traversing the nearly impossible terrain through the Moab desert. That’s alright! Just throw a Smittybilt Overlander Roof Tent onto your Subaru Outback and head up the mountain for a weekend adventure.

That’s what being a Weekend Wanderer is all about. Using the car that you have as temporary adventure rig. You might have a Mazda3 like us, or a Ford EcoSport. There is a rooftop tent that will fit just about any car.

Here are some great options: 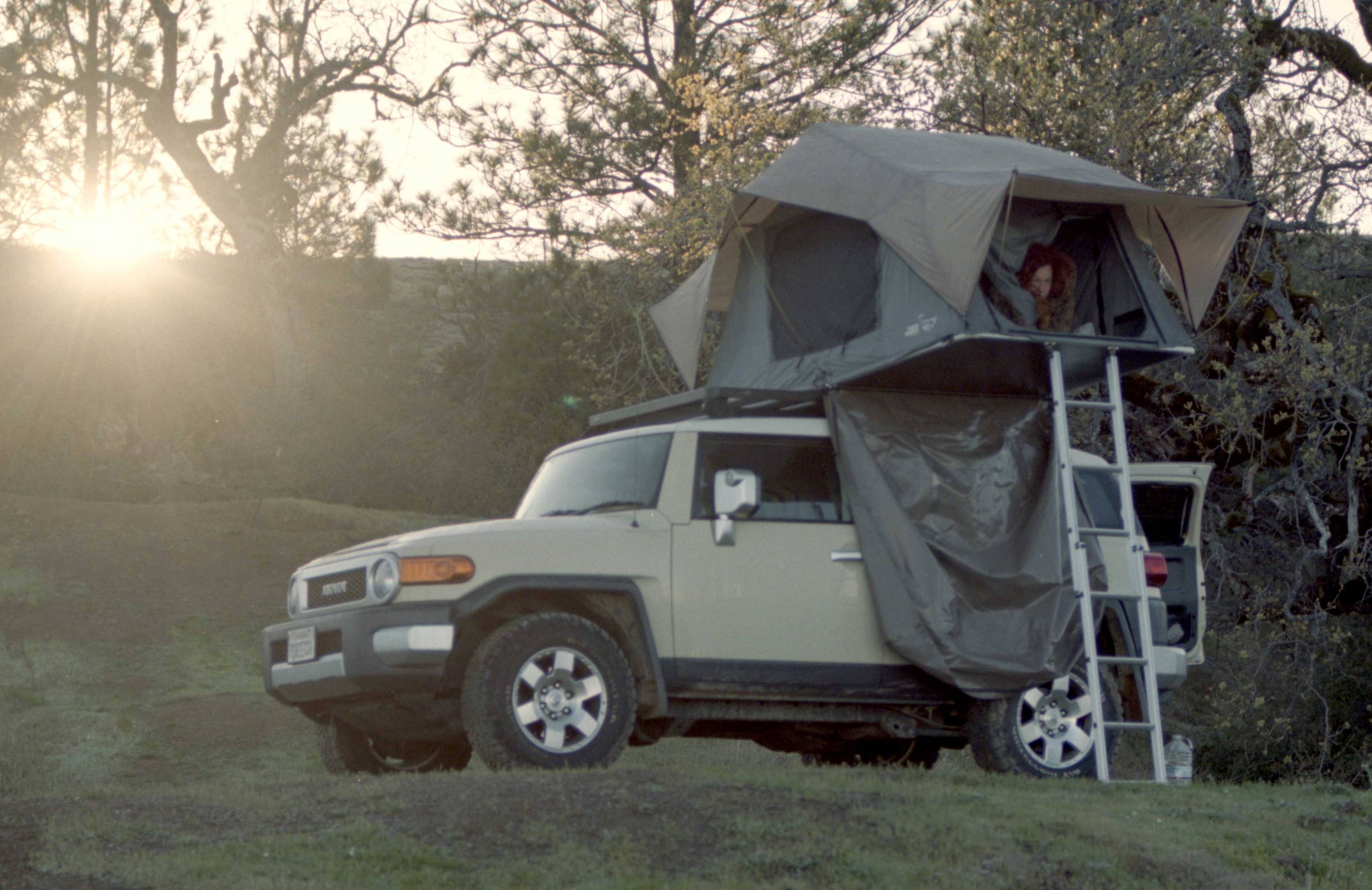 The main thing that separates the Weekend Wanderer with the Week-Long Wanderer is whether you want to always have your vehicle ready to go for your Wandering adventure. Rooftop tents can be heavy, so some Wanderers choose to leave their RRT (Rooftop Tent) on their vehicle all the time. It’s a great place to store it and you are always ready to hit the road.

To do that, you are probably going to want a truck or SUV. They can typically handle more weight on the roof rack for longer periods of time.

Some perfect vehicles for this would be something like a Ford F150, Toyota Tacoma, or Subaru Forester.

Some tents you may want to consider: 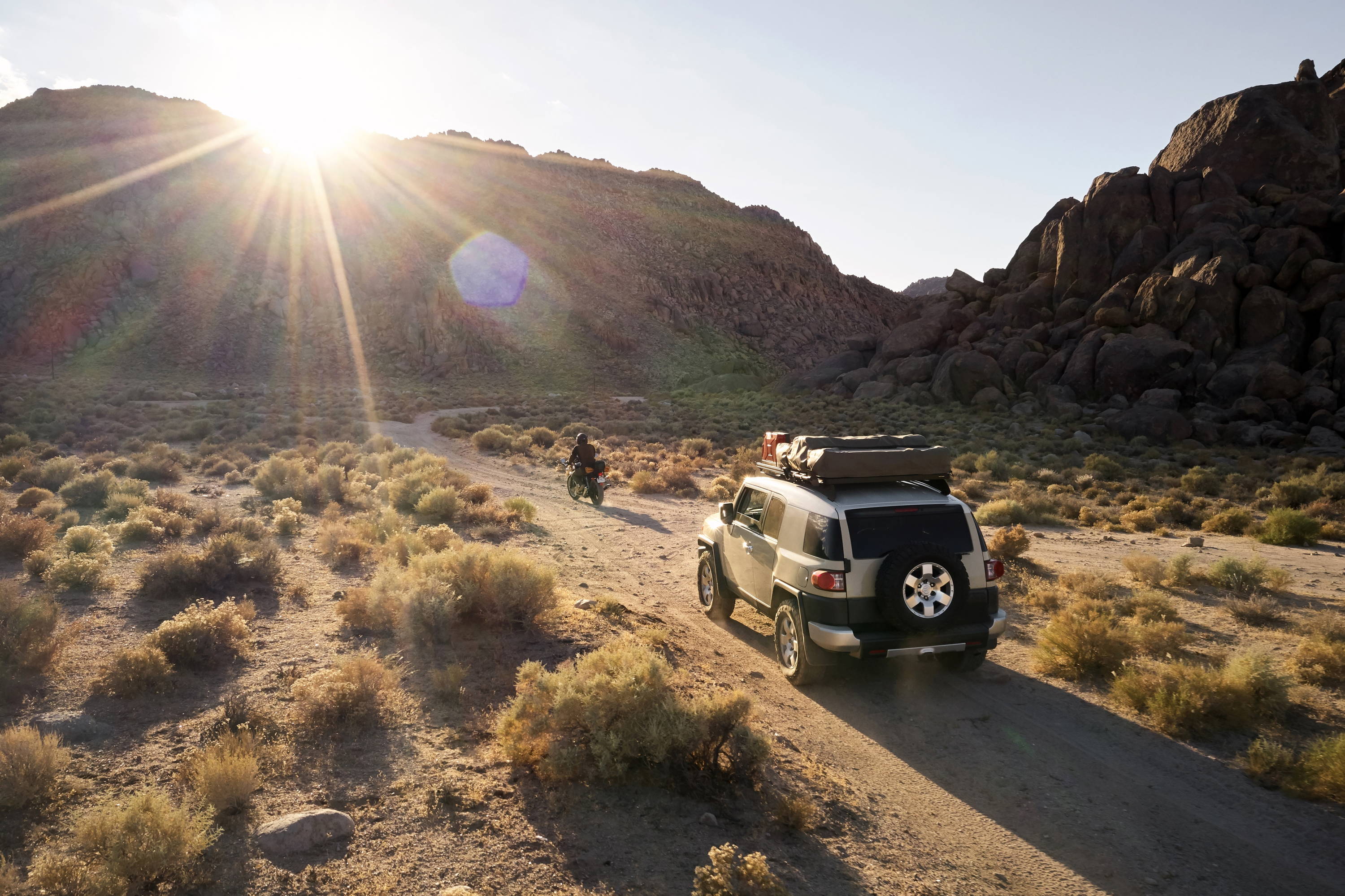 Here’s where things get serious! The Month-Long Migrator has a dedicated rig that’s fully tricked out to get them almost anywhere. We’re talking about having a 2” lift with Fox shocks, the ARB Series III Simpson Rootop Tent with an Annex permanently mounted in the bed or roof. They might even have a trailer with a portable shower, cooking stove, and solar power panels! Serious stuff!

Some of the most popular vehicles for the Month-Long Migrator are the Toyota Tacoma, Toyota 4Runner, the famous Toyota Land Cruiser, Ford Raptor, Ford Ranger, Jeep Wrangler and the Jeep Gladiator.

As far as rooftop tents go, here are some great ones:

So, there you go. Being a Roof Top Wanderer is about having the mindset to connect with nature and one another through the amazing innovation in vehicle overlanding technology. Together, we seek out the trails that others can’t reach. The trails that are uncorrupted by the foot-falls of the masses.

It doesn’t matter what vehicle you drive. Load up the car you have with a rooftop tent and get out there and go!

See you in the wild!

Are You A Wanderer?

Subscribe to the newsletter for up-to-the-minute sales, and news so you can beat the crowd to the trails.

On MOST of our products

We work hard to offer the best prices online.*

We use a secure payment method for your peace-of-mind

Back to top
©2020 Designed by Highlight Art Studios